The conventional wisdom sees tech concentrating in a handful of places, many dense urban cores that offer the best jobs and draw talented young people. These places are seen as so powerful that, as The New York Times recently put Read More

Yet another measure, the 2015 Metropolitan Tech-STEM Growth Index from Praxis Strategy Group, said San Jose grew its tech industry jobs 70.2 percent between 2004 and 2014 (second in the nation behind Austin, Texas, but from a much larger base to start with) compared with U.S. growth of 31 percent and Pittsburgh growth of 25.2 percent.

Pittsburg Post-Gazette: Pittsburgh vs. San Jose: Not the traditional rivalry

Praxis Strategy Group conducted an analysis for Forbes of the 53 largest metropolitan statistical areas, adjusting annual earnings by a cost factor that combines median home values from the U.S. Census (20%) with a measure of regional price differences from the U.S. Bureau of Economic Analysis (80%). The takeaway: When cost of living is factored in, most of the metro areas that offer the highest effective pay turn out to be in the less glitzy middle part of the country.

Kotkin & Schill: Forbes – The Cities Where your Salary will Stretch the Furthest in 2015

Praxis Strategy Group’s research and analysis on which areas are creating tech jobs was featured in a Forbes article authored by Joel Kotkin and Mark Schill. At the top of our list is a group of cities that have long Read More

Praxis Research Featured in Report on the “Rise of Nation States”

Praxis Stategy Group’s research on regional growth was noted in a piece penned by Joel Kotkin and Wendell Cox for the Orange County Register. According to Praxis SG’s Mark Schill, ” half of the nation’s top fastest-growing tech economies” are in southern states, which Kotkin and Cox see a key note in the rise of a “resurgent U.S. Southeast and its burgeoning industrial base.” According to Kotkin and Cox, the rise of state and regional economic solutions in the face of federal gridlock make “understanding the sometimes-divergent economic and demographic trends of various states ever more important.”

Kotkin & Cox: Rise of the nation-states

Praxis Strategy Group’s Mark Schill was featured in an Indianapolis Business Journal piece on the growth of science and technology jobs in Indiana.

“Indianapolis is somewhat of a sponge city for the whole region,” said Mark Schill, vice president of research at Praxis Strategy Group, an economic development consultant in North Dakota.

The situation in Indiana, Schill said, is common throughout the United States: States with one large city typically see their engineers, scientists and other high-tech workers flock to the urban areas from smaller towns.”

The Wall Street Journal featured an excerpt from our recent report on the Great Lakes Region.The excerpt comes from another piece at The American featuring some of our migration analysis of cities in the region, titled “Right in the Middle: The Midwest’s Growth Lessons for America.”

The piece ran in the April 26th edition of the Wall Street Journal.

We’re organizing the Red River Valley Research Corridor’s  Unmanned Aircraft Systems (UAS) Action Summit 2012 May 22-23 at the Alerus Center in Grand Forks, North Dakota. This is the 6th UAS Summit since 2006 and the 22 Action Summit the Research Read More 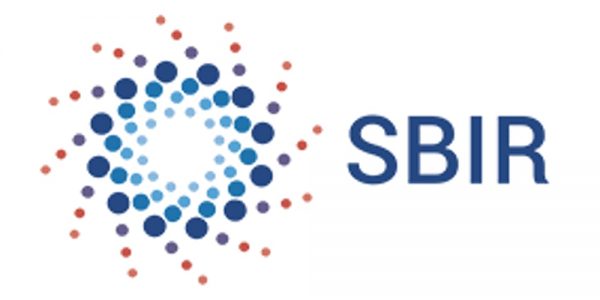 Praxis Strategy Group  is a nine-time winner of Small Business Innovation Research award totaling more than $1 million  that have focused on developing leading-edge practices and tools for use by development professionals and business and community leaders in “micropolitan” and rural regions. These innovations are used to work more effectively with entrepreneurs and to build competitive, innovation-based economies in the global-networked economy. While focused on developing and deploying innovative development services, Praxis has deliberately used the SBIR program to extend the reach of its company beyond the Dakotas to gain national market penetration.